10 people shot in 10 shootings in 24 hours in Portland 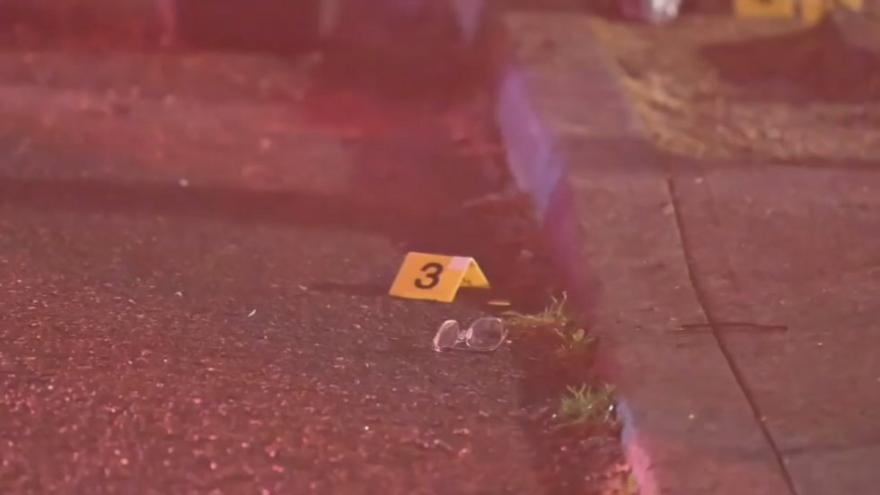 On Friday just before 3 a.m., PPB said a fight between a group of people led to gunfire at Southeast 128th Avenue and Southeast Sherman Street. Two people were shot, and one was critically injured.

Less than an hour later, police responded to a shooting at Northeast 92nd Avenue and Northeast Glisan Street when a homeowner confronted people breaking into a car. Although several shots were fired at the homeowner, no one was hurt. The suspects ran away.

Just before 6 a.m. Friday, officers responded near Northeast 21st Avenue and Northeast Argyle Street. They said a business employee was going to the dumpster when they discovered someone inside. When the person was asked to leave, a shot was fired. Police were unable to find the shooter.

Six minutes later, police opened a homicide investigation near North Columbia Boulevard and North Hendricks Street after officers found a man shot and killed inside a home. No arrests have been made in the case.

At 12:25 p.m. Friday, PPB responded to a shots fired call at Northeast 104th Avenue and Northeast Wygant Street. No victims or suspects were found.

At 5:45 p.m. Friday, officers said an argument ended in a shooting at a homeless camp at North Midway Avenue and North Richards Street. According to police, a woman was struck by a stray bullet as she exited a tent. She was seriously hurt but is expected to survive. Another person was shot, taken to the hospital and released.

Less than twenty minutes later, officers responded to a shots fired disturbance call at Southeast 71st Avenue and Southeast Lafayette Street. They found evidence and said a victim showed up later at the hospital.

At 10:49 p.m. Friday, police were called to an area hospital regarding a walk-in gunshot victim. The victim claims they were robbed at gunpoint and shot in the arm at Southeast Holgate Boulevard and Southeast 113th Avenue. Police said investigators have no corroboration at this time.

At 12:20 a.m. Saturday, PPB responded to a shooting at Northeast 11th Avenue near Woodlawn Park. Officers said it appeared to be an exchange of gunfire on the sidewalk and street, with over 20 shell casings recovered. A 62-year-old woman sleeping in her home was hit by a stray bullet. She was taken to the hospital with non-life-threatening injuries.

Just after 1 a.m. Saturday, officers responded to a shooting at Southeast 48th Avenue and Southeast Hawthorne Boulevard. Two people were hurt. One has a serious, but non-life-threatening injury. The other has life-threatening, critical injuries.

All 10 shootings are currently active investigations.