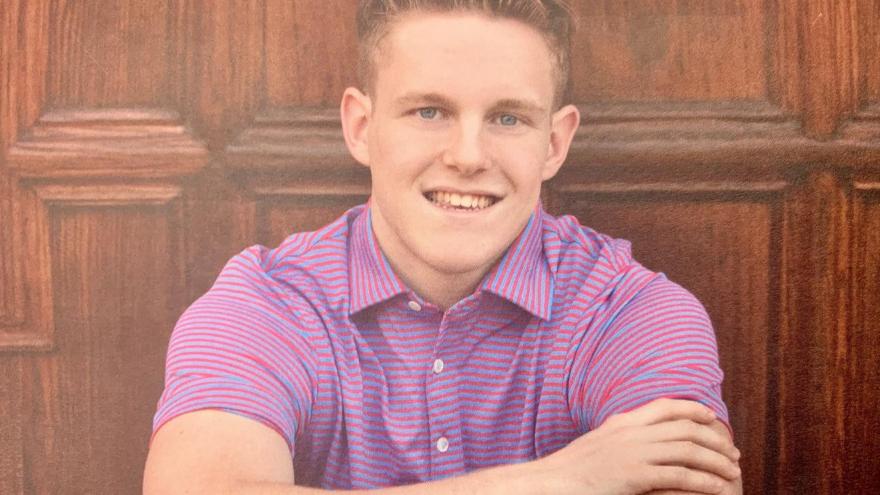 Ten people -- including seven fraternity members -- were indicted after an investigation into the death of an 18-year-old fraternity pledge at Ohio University last year, prosecutors said.

(CNN) -- Ten people -- including seven fraternity members -- were indicted after an investigation into the death of an 18-year-old fraternity pledge at Ohio University last year, prosecutors said.

Collin Wiant was pledging the Sigma Pi fraternity at the university's Athens campus in November 2018. A lawsuit filed by his parents in February alleges he was subjected to severe hazing including being beaten with a belt, punched, made to take drugs, forced to drink a gallon of alcohol in an hour and deprived of sleep.

The lawsuit cites a toxicology report that showed he died of nitrous oxide ingestion.

"This isn't an Ohio University problem," prosecutor Keller Blackburn told CNN affiliates WSYX/WTTE. "This is a society problem that we as Americans have got to fix. It is part of the reason why we have the drug epidemic we do."

Three more people were each charged with trafficking harmful intoxicants, improperly dispensing or distributing nitrous oxide. One of them was also charged with two counts of involuntary manslaughter.

At least two of them worked at a shop that Blackburn told the affiliates wasn't properly checking records and that "allowed for whippets to be sold to underage individuals."

In the early morning hours of November 12, the lawsuit alleges a fraternity member called 911 to report Wiant was unresponsive. The young student's body "was found surrounded by drug paraphernalia, including canisters of nitrous oxide," the lawsuit says. Those are often used as inhalers, known as "whippets."

The fraternity chapter did not respond to CNN's requests for comment at the time.

"We are aware of the tragic passing of Collin Wiant this past November and we continue to extend our deepest condolences to his family and friends," Sigma Pi Executive Director and CEO Jonathan Frost told CNN in February.

In the two months of his pledging to the Epsilon chapter of Sigma Pi, Wiant was made to do laundry, clean and was required to be available during all hours of the day and night, the lawsuit says.

He was verbally, physically and mentally abused and forced to drink and take drugs such as cocaine, marijuana, Adderall and Xanax, it says.

And in the hours after Wiant's death, the fraternity chapter convened an "emergency meeting," the lawsuit says, to initiate the pledges as official members of the fraternity in an effort to "close ranks within all fraternity members to make sure they all told the same story concerning the events of earlier that morning."

The university expelled the Sigma Pi fraternity earlier this year for "hazing and other violations of the Student Code of Conduct."

"The tragic death of Collin Wiant was devastating for our community, and it is encouraging to see progress being made in the criminal case," Carly Leatherwood, a spokeswoman for the university, said Tuesday. "Our thoughts remain with the Wiant family following the heartbreaking loss of their son last November."