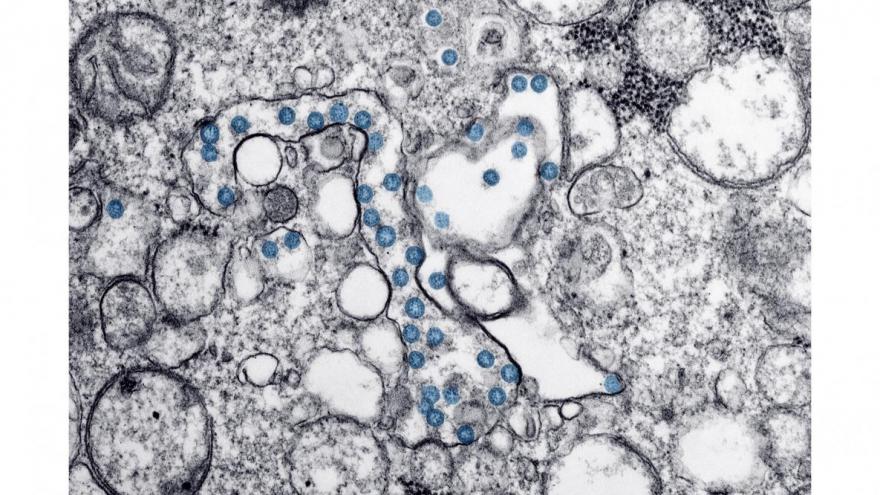 Ten people living at a Kansas nursing home have died after an outbreak of Covid-19 infected every resident, according to a news release from the Norton County Health Department. In this photo, a transmission electron microscopic image of an isolate from the first U.S. case of COVID-19, formerly known as 2019-nCoV, is seen.

(CNN) -- Ten people living at a Kansas nursing home have died after an outbreak of Covid-19 infected every resident, according to a news release Monday from the Norton County Health Department.

All 62 residents at the privately owned Andbe Home in Norton have tested positive for the virus, the release states.

"Steps are being taken to prevent any further outbreak including quarantining residents in their rooms and not allowing outside visitors into the facility," the release says, adding that relatives of all residents have been notified.

Some staff members have also tested positive, and the rest are being tested, the release states.

Nationwide, some 252,939 confirmed cases of coronavirus have been reported among nursing home residents, and more than 59,600 have died, federal data show. Nursing home workers also have contracted the disease, and some have died.

One resident of Andbe Home is hospitalized and the remaining 51 are being cared for at the facility, the health department said. Norton, near the Nebraska line, is about five hours' drive west of Kansas City.

Some of the first US cases of Covid-19 were reported at the Life Care Center in Kirkland, Washington. Several states soon placed limits on visitations due to the virus, but many have since loosened the restrictions so loved ones can visit.

In July and August, on average, "more than one nursing home resident was infected every minute, and 11 residents died every hour," a US Senate report released last month found. And despite calls for help from communities across the country, some nursing homes still lacked adequate testing capacity and suffered staff and PPE shortages, the report found.

Kansas has reported 71,557 cases of Covid-19 and 870 deaths as of early Tuesday morning, according to data from Johns Hopkins University.