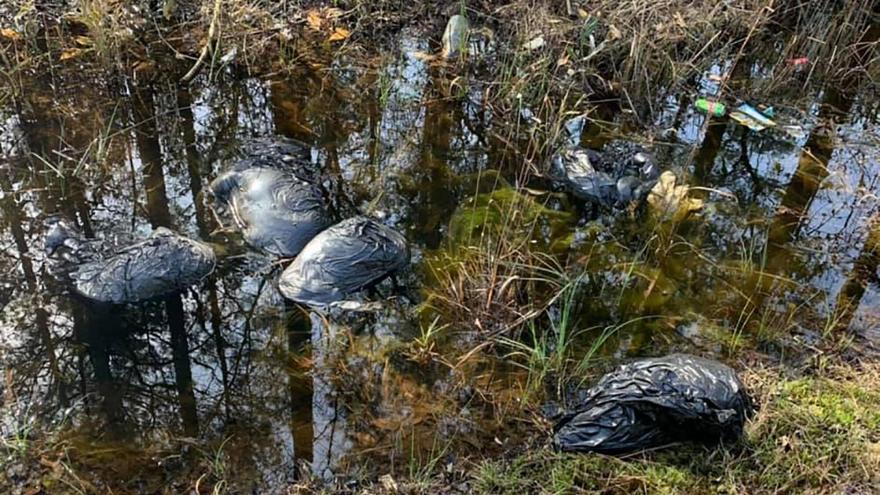 Authorities in North Carolina discovered ten dead dogs in trash bags that were thrown into a ditch on the side of a road.

(CNN) -- Authorities in North Carolina said they are conducting an investigation after they discovered ten dead dogs in trash bags that were thrown into a ditch on the side of a road.

"Sadly and under current investigation was the discovery of 10 dogs (mostly but not all pit-bulls) wrapped in trash bags and thrown alongside a ditch bank," Robeson County Sheriff Burnis Wilkins wrote in a Facebook post on March 20.

After the dogs were discovered, the Robeson County Sheriff's Office Animal Cruelty Investigator and a local veterinarian were called to the location, Wilkins told CNN.

The vet told investigators that the dogs did not appear to be involved in dogfighting, Wilkins said. There were no obvious causes of death or signs of injury.

Robeson County officials are seeking the public's assistance in locating the owner of the dogs.