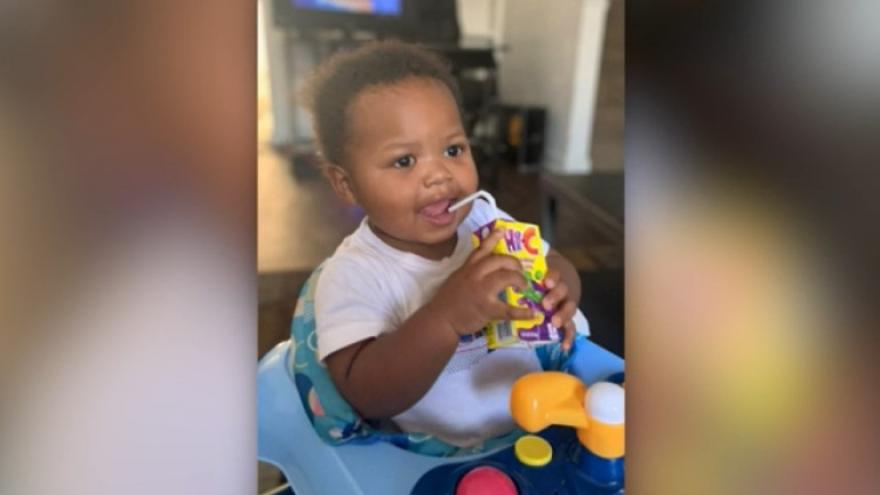 HOUSTON (KTRK) -- The attorney for the family of a 1-year-old shot by Houston police as they confronted a chase suspect says the baby is still suffering after the incident.

According to attorney Benjamin Crump, 1-year-old Legend Smalls had to have part of his skull removed to relieve the swelling in his brain. Legend is in the pediatric ICU.

Crump and Legend's family held a press conference at 10:30 a.m. to talk about the shooting. Legend's mother, Daisha Smalls, was in attendance.

The shooting happened around 11:30 p.m. on March 3 at a Chevron gas station near the Southwest Freeway and Beechnut.

Smalls was parked at the gas station at pump 4. She was outside her car getting gas, and her baby was in the back seat.

Suddenly, a suspect in a black Mercedes crashed at the gas station, jumped out of the Mercedes, and got into her car, according to police.

Houston police had been chasing the man for about three miles. They say the black Mercedes he was driving was possibly linked to two aggravated robberies.

Officers thought he was about to steal the woman's car.

Police say the man had a gun, so officers told him to drop it.

According to police, the man didn't drop the gun, and that's when the officer fired, hitting not only the suspect, but also the 1-year-old child in the back seat.

Police say the officer who opened fire didn't know baby Legend was in the vehicle.

"The most important thing right here, for our entire city, pray for this 1-year-old and that mother," HPD Executive Assistant Chief Troy Finner said after the shooting. "Can you imagine? She's pumping gas, probably coming from work or whatever, and has to go through this. And now she's in the hospital and we're all praying for that baby."

Video shows the baby's head bandaged at the scene. Police say Smalls was not hurt.

The faces of the police officers in the video are blurred as they were undercover at the time of the shooting.

The suspect, a man in his 30s, was pronounced dead at the scene.

Although police say the suspect had a gun, it is unclear if he ever pointed it at officers.

"I saw at least four or five cop cars chasing, I believe it was a Mercedes. Your best bet is to get footage from the gas station. I'm pretty sure they got everything," eyewitness Jaffar Hassan recalled.

The clerk at the gas station confirmed with ABC13 that there is surveillance video of the shooting.

The officer who shot the suspect and the baby has been with HPD for 15 years. HPD says he has been placed on administrative leave while the investigation continues.