1 person is killed, 4 others hurt in Connecticut nightclub shooting 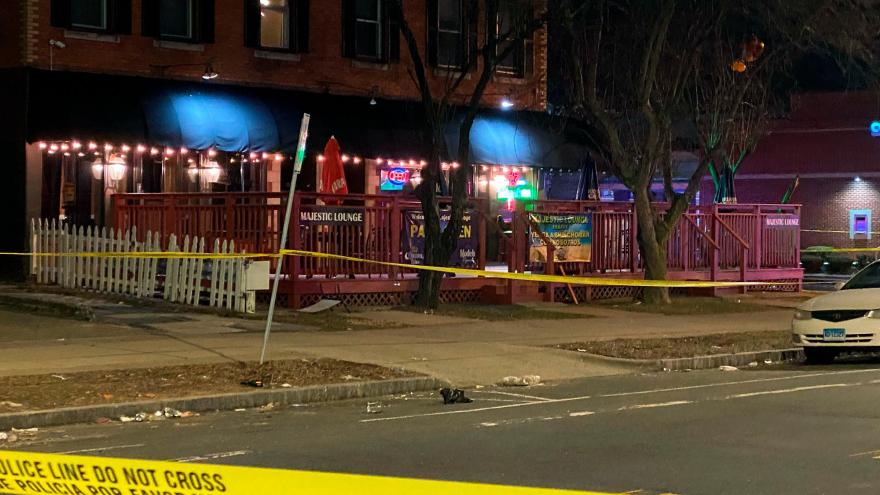 One person was killed and four more injured in a nightclub shooting at the Majestic Lounge in Hartford, Connecticut, police said.

(CNN) -- One person was killed and four more injured in a nightclub shooting in Hartford, Connecticut, police said Sunday morning.

Hartford police tweeted that the dead person is a 28-year-old man. A man and a woman were in surgery. The other two victims were in stable condition.

Preliminary information indicates a disturbance between two groups inside the nightclub preceded the shooting, affiliate WFSB reported. It was not a random shooting and it's too early to determine if it's gang-related, Lt. Paul Cicero of the Hartford Police Department told the station.

The major crimes and crime scene divisions of the Hartford Police Department are on scene, along with support units.