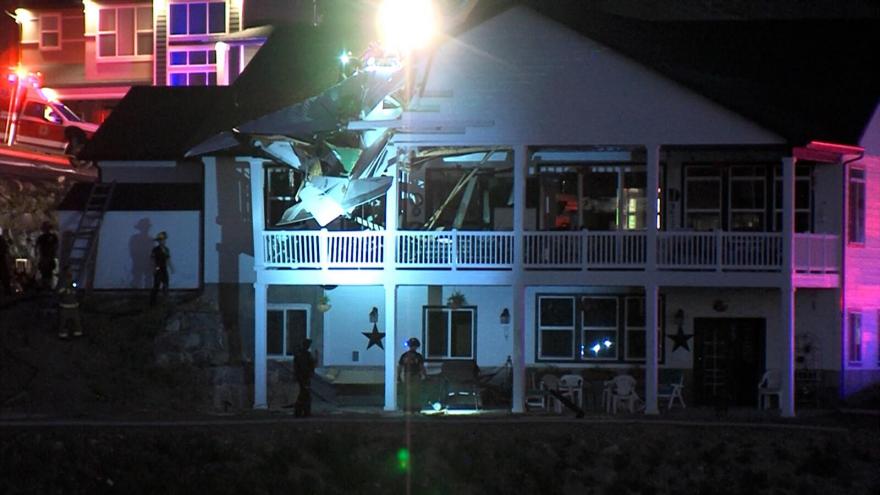 A small plane crashed into a home in North Logan, Utah, on June 26.

(CNN) -- The pilot of a small airplane was killed when it crashed into a home in North Logan, Utah, Saturday night, according to authorities.

When fire crews arrived, they confirmed a plane had crashed into a home and the sole occupant was deceased inside the plane, Black said. The homeowners were not at the residence at the time of the crash.

Crews were in the process of recovering the victim, according to Logan City Fire Department Chief Brad Hannig.

Authorities have not released the name of the victim pending notification of family members.

The cause of the crash is under investigation. Representatives from the National Transportation Safety Board (NTSB) were on the way to North Logan, Hannig said, and the Federal Aviation Administration (FAA) will join them in the investigation early Sunday.