1 officer is dead and a second in critical condition after a shooting at an Illinois hotel, police say 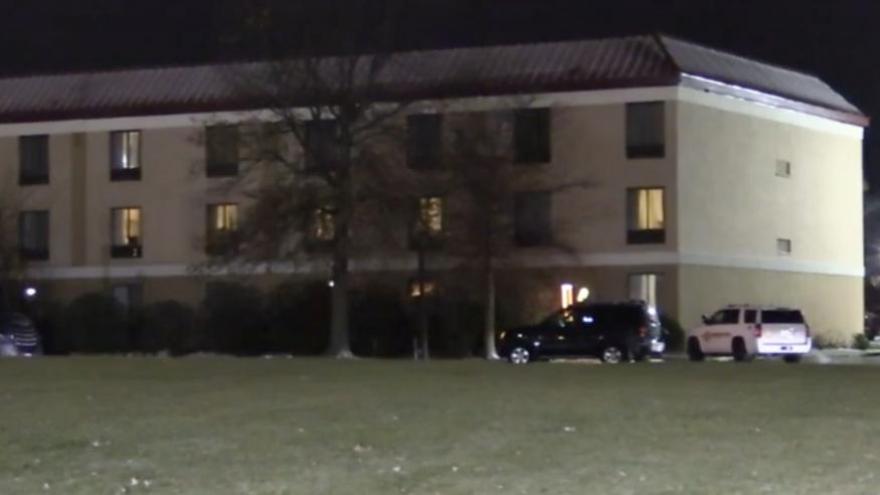 One officer is dead and a second in critical condition after a shooting at an Comfort Inn hotel, police say.

(CNN) -- One of two Illinois police officers shot Wednesday after they responded to a call about dogs barking in a hotel parking lot has died, the Bradley Police Department said in a news release.

A second officer is in critical condition and was undergoing surgery, the police department said. The names of the officers have not been released.

Police responded to a Comfort Inn after a report of "dogs barking in an unattended vehicle which was parked in the parking lot," the news release said.

Police said they were looking for least two people. An arrest warrant has been issued for a Darius D. Sullivan, in connection with the case, the news release said. A $10,000 reward is being offered for information.

Bradley is about 60 miles south of Chicago.