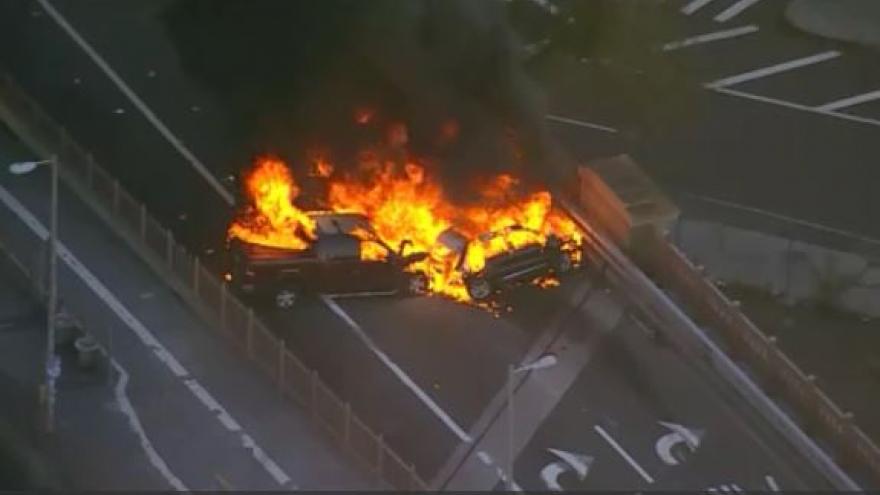 NEW YORK (AP) -- The Fire Department of New York says three vehicles have caught on fire and one person has died following a crash on the Brooklyn Bridge in New York City.

Police say all lanes have been closed in both directions.

The FDNY says the crash occurred on the Brooklyn-bound side of the bridge shortly after 7 a.m. Wednesday. The bridge connects Manhattan and Brooklyn and spans the East River.