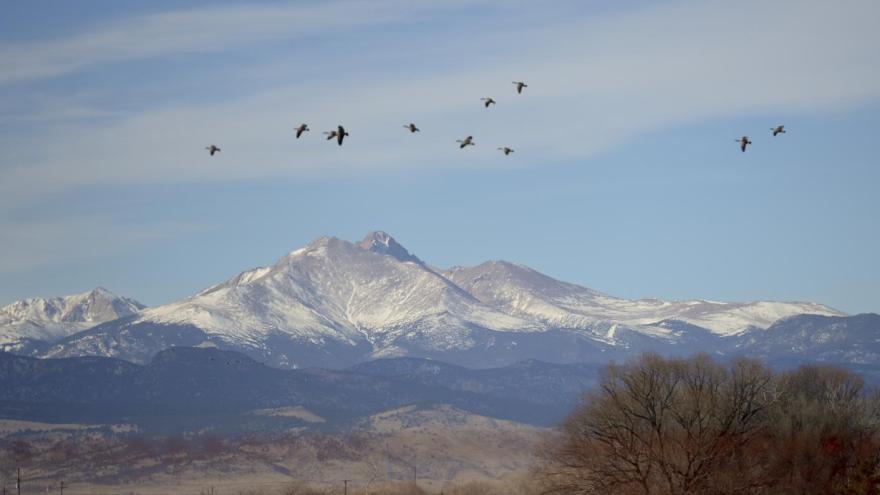 A climber was missing and two others were injured after a rockfall and avalanche on Mount Meeker in Colorado's Rocky Mountain National Park on Sunday morning. Pictured are Longs Peak and Mount Meeker in this 2016 file photo.

(CNN) -- A climber died and two others were injured after a rockfall and avalanche on Mount Meeker in Colorado's Rocky Mountain National Park on Sunday morning, park authorities said.

Three climbers were involved in the accident, two males and a female, according to a news release.

One of the male climbers was rescued by Rocky Mountain National Park Search and Rescue team members with the help of the Colorado National Guard, the release said. The female climber had minor injuries, according to the release.

Authorities continued to search for a third climber who was missing in the area where the avalanche happened. His body was located Sunday evening by searchers probing avalanche debris, authorities said.

Because of wintry weather conditions, the recovery operation will be delayed, the release states.

The injured man was flown to the Medical Center of the Rockies by medevac where he was being treated.

Other area climbers witnessed the rockfall and the avalanche, park authorities said.

So far this year, 17 people have died in avalanches in the United States -- significantly below the 37 people who died last year, according to the Colorado Avalanche Information Center.