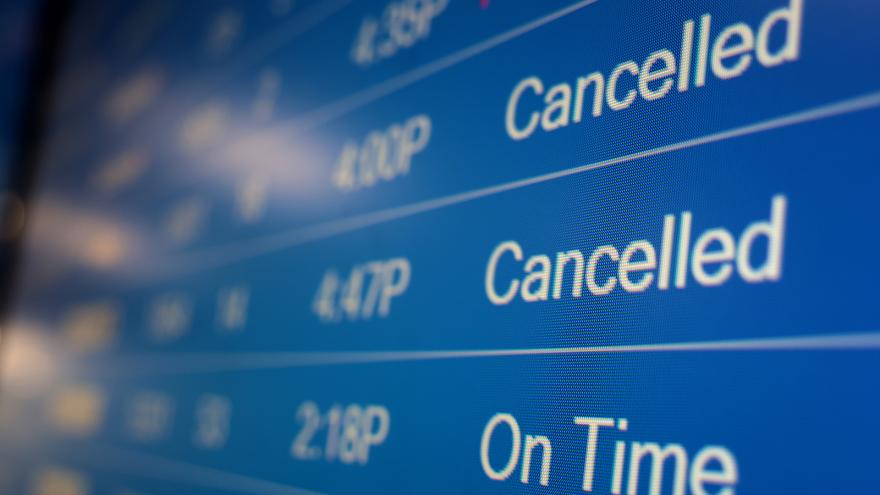 (CNN) -- US airlines have canceled more than 1,200 flights Monday as a powerful winter storm packing rain, sleet and snow slammed the East Coast on the holiday weekend and made travel difficult. On Sunday, roughly 3,000 flights were canceled.

Charlotte Douglas International Airport in North Carolina, an American Airlines hub, continues to be the hardest hit. More than 400 flights were canceled there Monday and 85 delays were reported according to flight tracking site FlightAware. The airline preemptively canceled 1,100 flights Sunday across its mainline and regional operations after canceling 90 Saturday.

"This weekend's winter storm is expected to have a significant impact on our operation, especially at Charlotte International Airport," American said in a statement. It also issued a travel notice allowing customers affected by the weather to rebook flights without a fee.

A massive storm system slammed the eastern United States and the Midwest over the weekend. There were reports of crippling ice in parts of Georgia, Virginia and the Carolinas on Sunday. The governors of those states have declared emergencies.

Monday is Martin Luther King, Jr., Day, a federal holiday, and many schools and offices were closed.

American isn't the only carrier canceling flights. As of 8 am ET Monday, Southwest canceled 72 flights, according to FlightAware, while Delta Air Lines canceled 37 flights. JetBlue canceled 49 flights and 82 flights on United have been axed.

It's been a miserable few weeks to be an airline traveler. Winter weather and Omicron surges left 20,000 US flights canceled over the busy holiday travel season. As travel picked up, staffing cuts also left airlines with fewer employees than they had before the pandemic.