1,000 tons of microplastic rains down on National Parks and the wilderness in the western US every year, study says 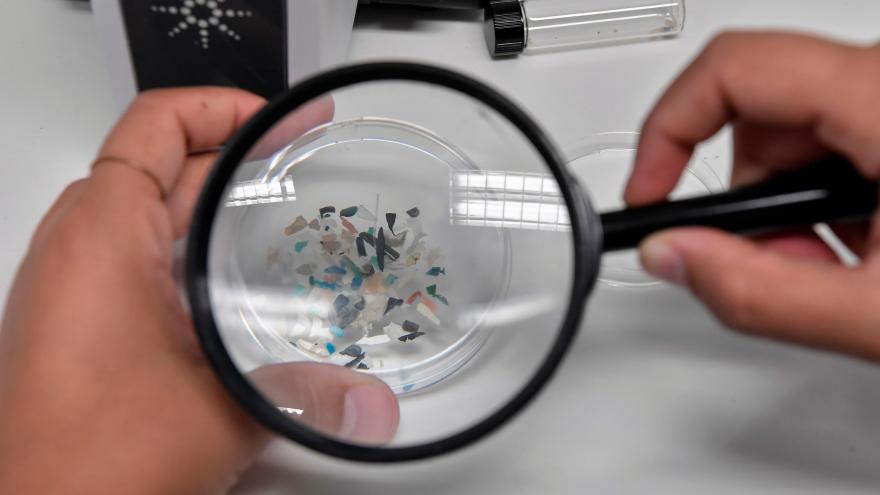 (CNN) -- Eleven billion metric tons. That's how much plastic is expected to accumulate in the environment by 2025, according to new research from a group of scientists.

Much of that plastic ends up as a pollutant. More than 1,000 metric tons of microplastic particles fall onto National Parks and protected lands in the western US annually. That's the equivalent of up to 300 million plastic bottles, the researchers found.

In a new report published on Thursday in Science magazine, titled "Plastic rain in protected areas of the United States," scientists found that these secondary plastics are found in "nearly every ecosystem on the planet."

The researchers found that microplastic pollution can be carried all around the world like dust -- being delivered by wind and rain.

Wet-deposited microplastics -- microplastics deposited through precipitation -- were larger in size but lower in number. Regional storms play a role in spreading these microplastics as they pass through urban centers and over erodible soil.

The world produced 348 million metric tons of plastic in 2017, and that number has grown by 5% annually, the study says.

Plastic is resilient, and secondary plastics often fragment and end up in terrestrial freshwater, atmospheric and marine environments, the study says. The researchers also believe that these tiny pieces of plastic could lead to a decline in biodiversity, as there are different physical and toxicological tolerances to consuming microplastics.

Microfibers made up most of the synthetic material found in both wet and dry regions, and microplastics were found in 98% of all wet and dry samples analyzed in protected US lands. These fibers were mostly consistent with those of textiles used for clothing, but fibers used for household and vehicle carpeting were also found. Plastics used for industrial applications were also present.

With National Parks having high visitation rates, the researchers believe that microfibers shed by visitors also play a role in deposition rates on protected lands.

"The consequences to ecosystems are not yet well understood but are inescapable in the immediate future," the researchers wrote in their study.

"If the potential dangers posed by environmental microplastics are to be mitigated, both the scale of the solution and the level of cooperation that will be required call on the engagement of the global community."

Plastic accumulates in the atmosphere over long periods of time, and due to the longevity of plastic, microplastics have been found far from there source and in all parts of the world.

There could be widespread ecological implications of microplastics being found in nearly every ecosystem, and understanding the sources of microplastics that get into the atmosphere is important to allow solutions to mitigate plastic pollution.