1,000 Army recruits made history by taking an oath of enlistment from an astronaut in space 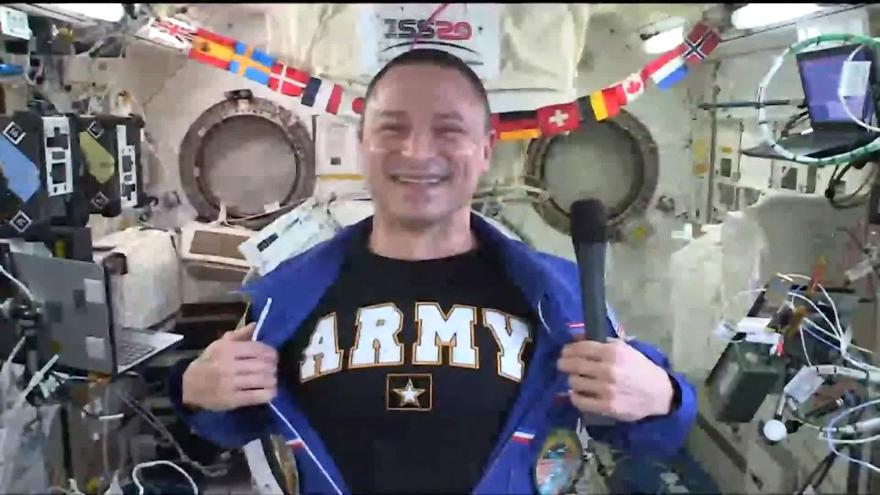 (CNN) -- In a US Army first, 1,000 recruits took their enlistment oath Wednesday from an Army astronaut in space.

The US Army Recruiting Command partnered with Space Center Houston to host the nationwide oath, given by Col. Andrew Morgan, 250 miles above Earth at the International Space Station, the Army said in a news release.

It was the first mass, nationwide enlistment ceremony of its kind, though military astronauts have participated from the ISS in past enlistment, reenlistment and promotional events.

Future soldiers in more than 150 places across the country tuned in to the live broadcast to take the oath. 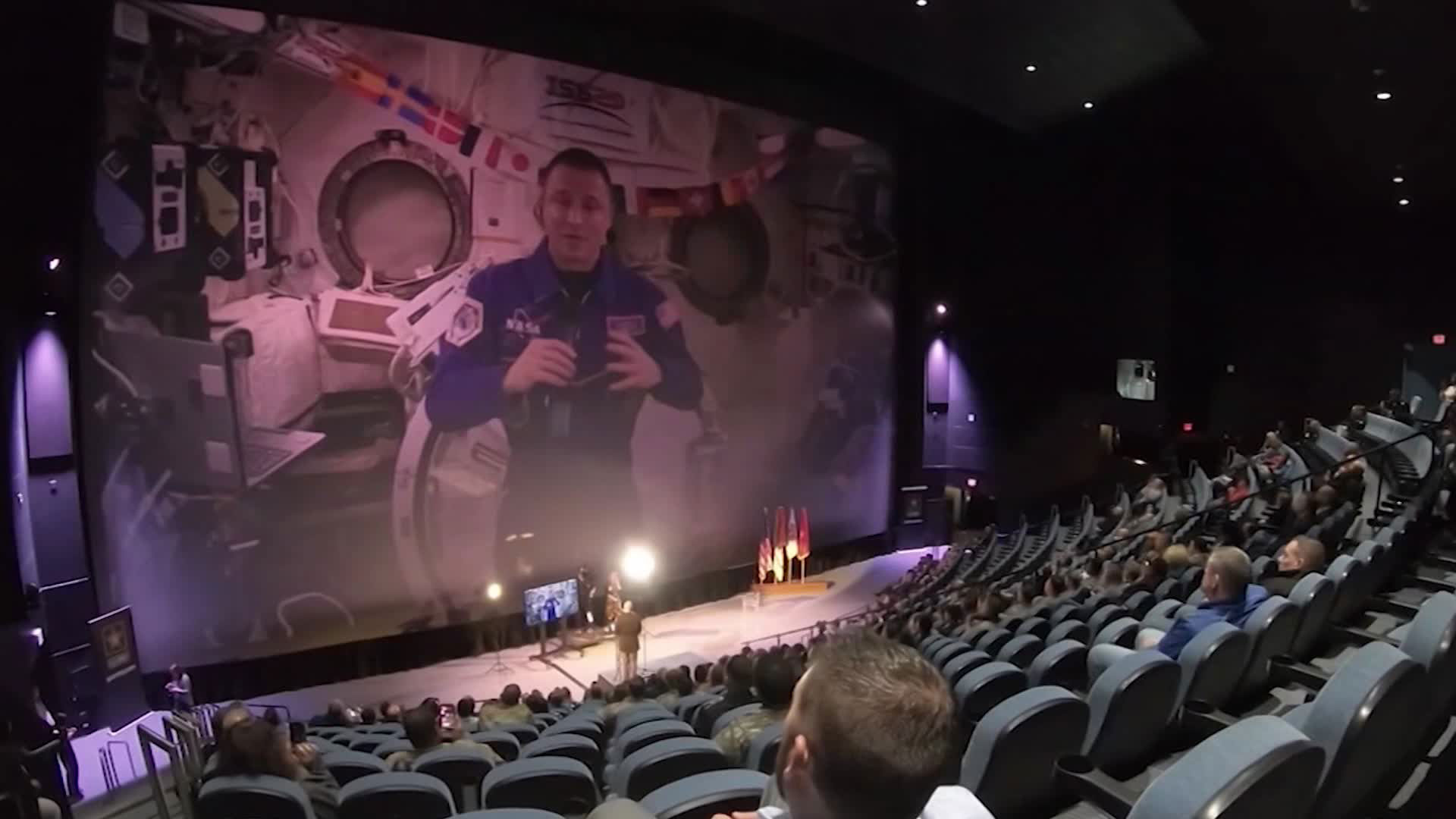 "I made the decision when I was 18 years old to raise my right hand just like you're about to," Morgan said during the broadcast. "I am still a soldier. I'm just serving in space on the ultimate high ground."

Morgan has been at the space station since July 20 and is set to return to Earth on April 17, according to the Army. On this mission, he has been a part of seven spacewalks and expects to conduct about 300 science experiments with his crew.

The ISS travels a little over 17,000 mph, meaning it circles Earth every 90 minutes and orbits about 16 times a day, Morgan said.

Feeds of future soldiers from Los Angeles, Houston and Atlanta were broadcast live, and recruits got the chance to ask Morgan questions.